While we were plodding on to Kas it threatened to rain. I had been using the satnav to take us to Kas but we were not sure if the actual place we were headed to was in the town or outside it so we stopped about 10km out to figure it all out. I had an address and some coordinates so plugged them in. The satnav did not know the address but seemed a bit sketchy in that area anyway so I had a go with the coordinates.

After about 10 minutes i figured out that the coordinates were in a different format and we had a distance and direction to go with an arrow and not much else. We went around Kas and up a twisty sand laden road into the mountains being passed by maniac bus drivers obviously being paid per job rather than the hour. The distance slowly got lower whilst we hoped there was a road in the right direction. About 7km out the satnav quit because the battery was too warm from trickle charging all day. With battery swapped I managed to get a dot on a map that we needed to head to and off we went down a twisty road covered in black goats and their Shepard.

Then like magic we arrived right at the gate to David and Juliets house. We were greeted by a pack of dogs all with interesting and sometimes sad histories to tell. It was heart-warming to see them here being well cared for having come across so many wild dogs both in Turkey and Bulgaria.

We were instantly welcomed into the house with a comfy laid back approach and felt at home immediately. Over the next couple of days we met Nick who runs an overland truck and all the cats as well.

We emptied all the luggage off the bikes and went into the mountains on a little off-road track David knew. Neither Helen or I had any offroad experience so it was quite daunting but we felt reassured by some advice so we set off up a gravel track. Over the course of a km or two we encountered a couple of different surfaces each doing different things to the bike. All the while it felt strangely like we should not be up here, away from the traffic and civilisation, but I mean that in a good way (if that makes sense). In any case it was to turn out the experience would be useful later…

We got up to a valley and stopped to take some photos and listen to the bells on the sheep. The weather started to turn so David wisely decided we should head back. The track suddenly became slippier although Helen seemed to manage very well and overtook me on the way down. i had to steer across the track at one point to avoid a missing piece at the edge when the front wheel got caught in a rut. The bike went sideways for a bit and then went down. Thankfully no real damage was done and it made for a good photo. At least the panniers seem pretty strong.

I rebuilt the brake caliper on my bike that had been causing so much hassle. Pistons out, seals out and cleaned then put back together. They were the best they have ever been. I was left with a load of brake fluid so we bled the brakes on David‘s bike too.

By now we were getting comfy and didn’t want to leave. Juliets cooking was superb and the bed comfy. We had no way to know what the next place would be like and our current place was good but I guess this is the dilemma that every traveller faces. We bid a fond farewell to Kas and hoped that one day David and Juliet could visit us one day. 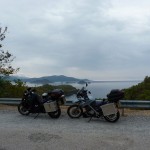 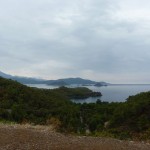 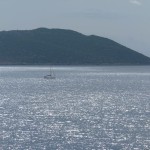 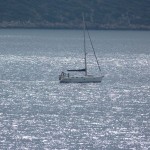 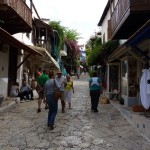 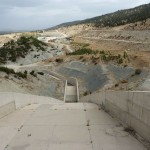 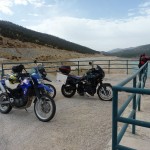 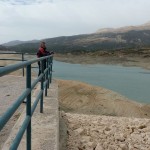 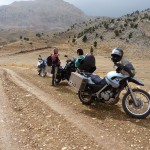 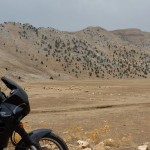 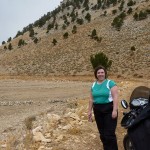 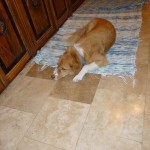 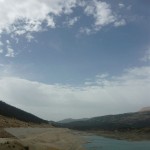 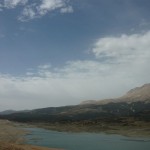 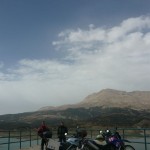 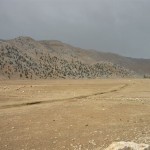 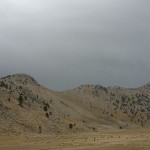 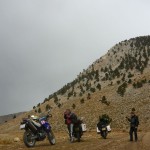 This entry was posted in Turkey. Bookmark the permalink.